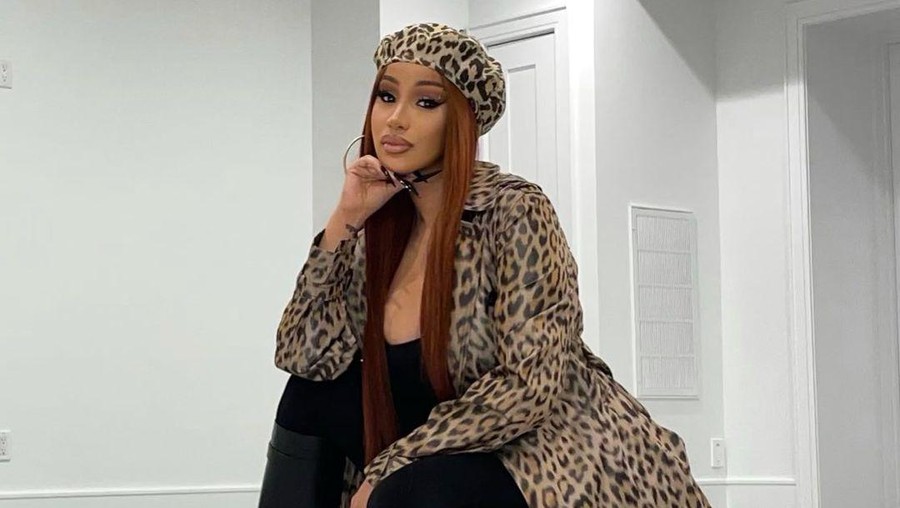 
Ain't no half-steppin', all I do is break records
Now I play chess so a bitch can't check her
Made it out of hell and it's still gettin' hectic
And my life is a movie, only Cardi could direct it
Only take cash, they ain't never gave credit
Had to risk it all in myself so I bet it
Started on the pole, in the end, don't regret it
They'll use the past against you if you let it
But I'm back and I'm better, got Henny on the line
Tell her that I have real shit on my mind
'Cause the clocks start tickin' from the day I got signed
Million dollar watch 'cause a bitch got time
They'll tell you everything about me, but the grind
Tell you there's a bitch this hot, then they lyin'
If I pay for the streams, why the fuck you ain't buyin'?
When these hoes start hatin', these hoes start lyin'

I got dressed for the stages, got dressed for the court
Dressed for my husband, told him "Rip this shit off"
Got dressed for the GRAMMYs, then I left with awards
Hundred thousand dollars dress left on the floor
They was losin' they mind when I hit the Met Gala
Tail so long, it dragged thirty minutes after
After the tears, you can get to the laughter
After the bookings, on to the next chapter
Got goals that I want, got goals that I met
Gold on my neck that I froze in baguettes
More movie sets mean more movie checks
'Cause I live in a mansion, I don't live in regrets
Plans for the fam, got Kulture the jet
Told us to invest, so the culture is set
Blam-blam-blam, if you posin' a threat
Never did it for clout, never talked on the set, bitch

Uh
Who they all come get when they want shit chartin'?
They was hittin' me when they wanna break artist
After we break bread, then we get shit started
Obviously they don' want it, unless Cardi B on it
Then I want some shit, 'cause I done some shit
Checks on like I just won some shit
Shoot up the charge like I done some shit
Gotta read my deal, 'cause I run this shit
All the dope boys runnin' all the Wallstreet dudes
Chefs in the mansion 'cause I don't even buy food
You should laugh, I'ma rap, sayin' I will get booed
Now I get a big bag, that's a big move
From the Bronx to the 'burbs, make big moves
Rock red bottoms, made 'em big shoes
Play goose, and I'm so focused
'Cause the money never made me bein' broke bitch